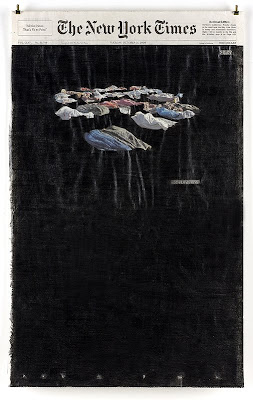 Following is a review of my Iraqi Casualty Series which is currently in Art of Democracy at the Meridian. Also reviewed are Enrique Chagoya and Fernando Botero. I found it on the KQED website: http://www.kqed.org/arts/performance/article.jsp?essid=23522

Art of Democracy: War and Empire

Politics are not subtle, political communication is necessarily fast, strident, and goal oriented. The best art on the other hand has a subtlety and an ambiguity that inspires contemplation and allows for multiple interpretations. I am very interested in the possibilities offered by the intersection of politics and art but, because the two practices are best formally presented in contradictory ways, it requires immense skill to balance the demands that each bring to a work. Art of Democracy: War and Empire at the Meridian Gallery had plenty of pieces that did not succeed, but among these I discovered works that did. As I looked I became aware that the work that most impressed me put art first and politics second.

The best pieces in the show are Fernando Botero's painting Abu Ghraib #54 and Enrique Chagoya's litho and Chine-colle codex The Ghost of Liberty. Both of these works exhibit the inspired formal mastery of their makers.

Botero's piece could at first seem to be an obvious illustration of the Abu Ghraib torture that horrified many in the US, and the world, in 2004. His painting however imbues the depiction with a sorrow and a livingness that invokes a powerful and different emotion from the one the photos evoked. As Kimmelman points out, "The photos of Abu Ghraib imply no outrage about what's happening. In fact, the intent of the pictures is precisely to compound the humiliation." These photographs of atrocities were taken by the instigators of the atrocities, and as a result our contemplation is focused on the barbarity of a viewer who will witness and record horrible acts without considering the humanity of his subjects.

In opposition to this, Botero's work forces one to consider the humanity of this narrative's subjects. His figures are fleshy. The tender squishiness of their flesh emphasizes the brutality by which this flesh has been damaged making us feel them as fellow humans that suffer. I feel empathy for the sorrow of their pierced flesh, for their forced blindness, for the bindings that cut into their soft bodies. In Abu Grhaib #54, two figures are bound together in a dark barred cell. The cell that contains them has a strange slanting perspective. The way this warped perspective slides us down and out of the picture destabilizes the space emphasizing a strangeness and horror that adds to the painting's power. The figures are sympathetic, the space, the situation in which they exist, wrong. There is something about hope here too, a distant hope implied by narrow strip of light glowing in the oppressive darkness beyond double sets of cell bars. The omnipresence of hope is necessary for survival of dire and mundane trauma, and this slender strip speaks to me of the resonance of hope in human experience.

Enrique Chagoya's The Ghost of Liberty differs in its approach both to content and to formal investigation. Rather than focusing on a specific event, Chagoya's piece is thematic. He creates a magical pastiche of oppression by giving us a sampling of "imperialist intervention" and "arbitrary exercise of violent power" as they occur in different places and at different times.

While Botero utilizes the compositional manipulation of space and a sensitive rendering of the figures that instills them with symbolic meaning, rhythm, scale, color, and image complexity are the formally compelling aspects of Chagoya's work. Jesus-headed dinosaurs, Chinese-baby astronauts, Mayan gods, and Buddha heads, are printed in brilliant hues and collaged into a landscape of changing conflict. His hybrid forms are as inventive and delightful as his subject, the omnipresence of cultural violations, war, and political violence. The tension that holds these opposites together results in a very exciting piece.

While I am most insistently drawn to work in which the formal qualities are most developed, occasionally a more conceptually focused piece will compel me. In The Past as Future, Habermas discusses what has happened, in the media, to depictions of war. He presents the idea that public opinion was affected by media images during Vietnam in a way that created difficulties for US politicians, and that as a result images of subsequent conflicts have been edited to reduce negative public opinion. Several more conceptually focused artworks intersected with these ideas in intriguing ways.

Francesca Pastine's pieces from her series Iraqi Casualty Series were the most interesting of these. Three pages from the New York Times had all the text blacked out with graphite, leaving only barely recognizable images of covered bodies, coffins with a sprinkling of dirt, and a stack of diamond rings. Again the formal qualities are important to the success of the work although the emphasis here is on how they are used to present a criticality interesting idea.

The density of the graphite darkness obliterates meaning, transforming information into unreadable black columns; censorship is an obvious implication and the resulting form speaks directly to ideas that our media, in this case the New York Times, is being edited obscuring truth as it reveals only partial events. The difficulty of identifying the imagery, which has had its surroundings erased by blackness, references the difficulty of comprehension when context is stolen from us.

I was happy to find work in this show, which both compelled me as art and allowed me to ponder political themes in interesting ways that standard political communication does not usually engage.

Art of Democracy: War and Empire is on display at the Meridian Gallery through November 4, 2008. For more information, visit meridiangallery.org.

Posted by francesca pastine at 7:53 PM No comments: 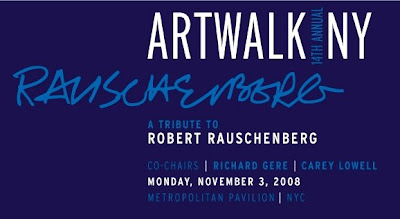 I am participating in the above auction. I donated one of my watercolors of a homeless persons cart which I think is apropos.

ARTWALK NY 2008 takes place on Monday, November 3, and will pay tribute to the visionary artist Robert Rauschenberg. Now in its fourteenth year, we will join with returning Co-chairs Richard Gere and Carey Lowell to remember his unparalleled contribution to the world of contemporary art. All ARTWALK proceeds directly fund the Coalition's life-saving programs.

Each fall, ARTWALK NY unites artists and art lovers in an effort to help our homeless neighbors, and to celebrate the most important artists of our time.

This year, the Coalition for the Homeless will pay tribute to the legendary artist Robert Rauschenberg. Now in its fourteenth year, ARTWALK NY has become one of the City's largest and most anticipated annual art auctions. The event will feature a silent and live auction along with a cocktail reception. Previous events have featured works from artists such as Donald Beachler, Chuck Close, Jenny Holzer, Zhang Huan, Jeff Koons, Glenn Ligon, Brice Marden, Yoko Ono, Ed Ruscha, Cindy Sherman, Sarah Sze, Juergen Tellerm and more.

All proceeds from ARTWALK NY help us provide a safety net for the thousands of New Yorkers who arrive at our doorstep every month.

Posted by francesca pastine at 11:50 AM No comments: 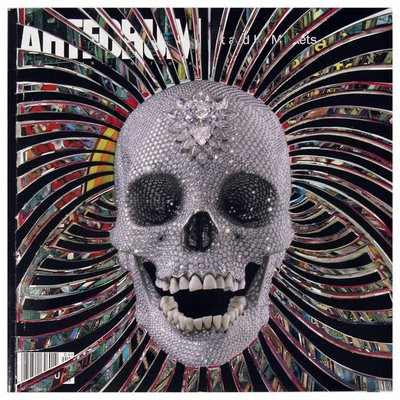 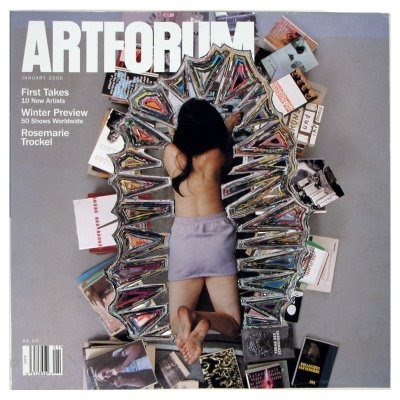 Posted by francesca pastine at 11:38 AM No comments: 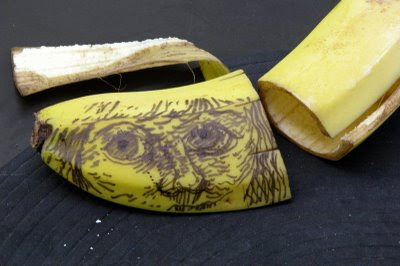 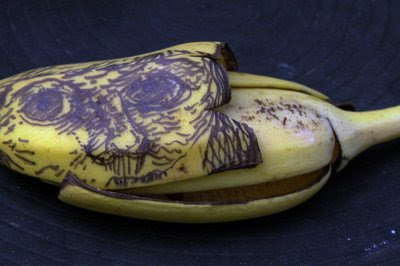 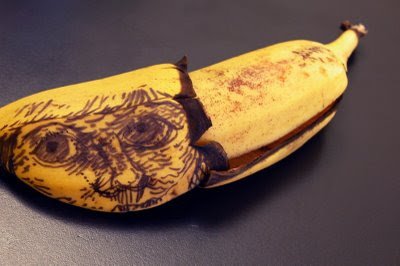 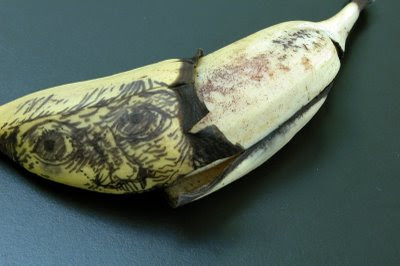 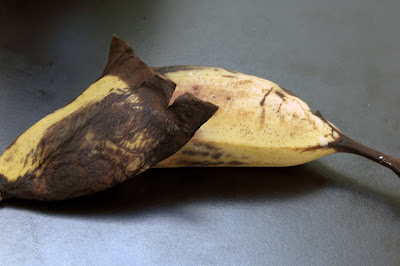 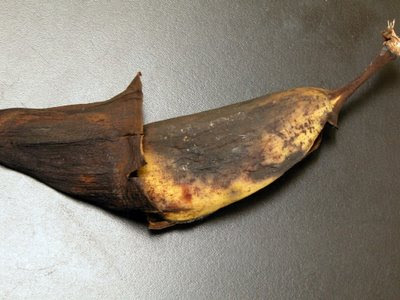