FRESH WORK FROM THE STUDIO! 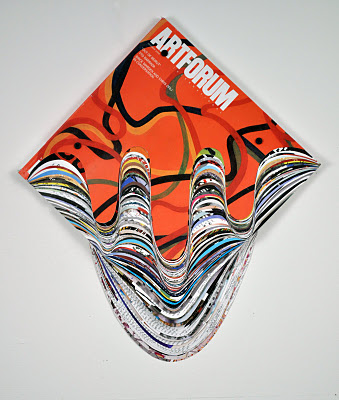 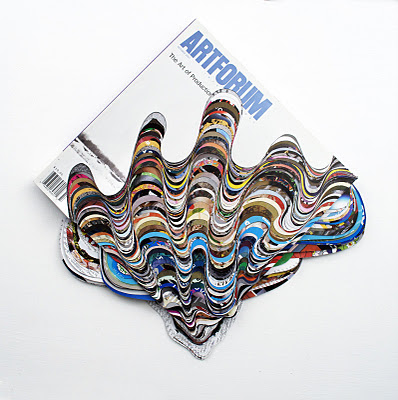 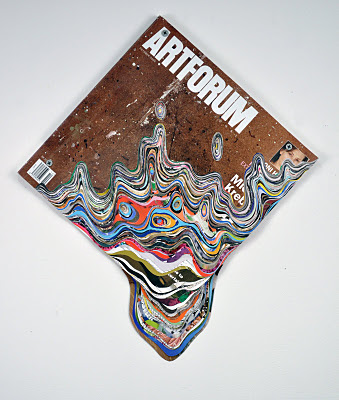 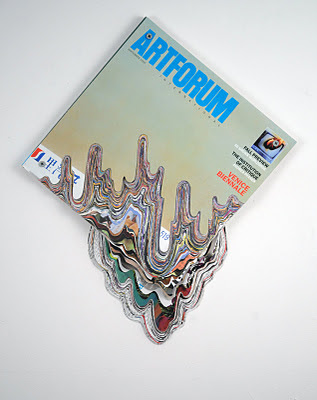 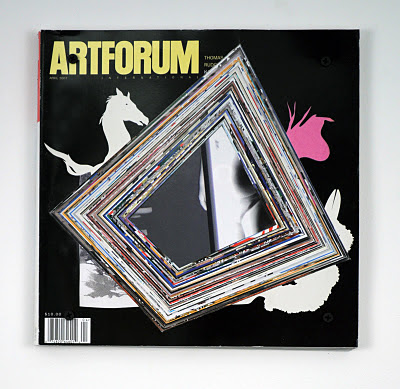 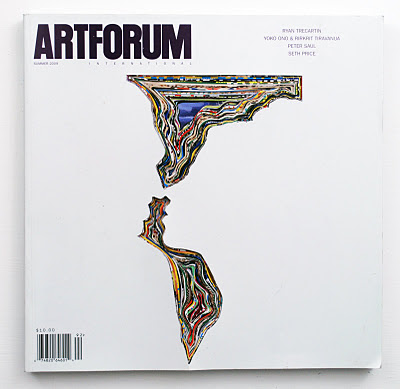 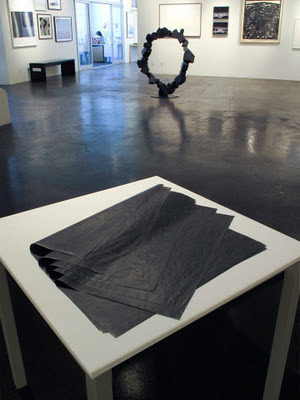 BLACKOUT, SECTION A SERIES AT KALA ART INSTITUTE'S ANNUAL,
UP UNTIL FEBRUARY 4

photo by Eric Hoffman
Posted by francesca pastine at 6:56 PM No comments: 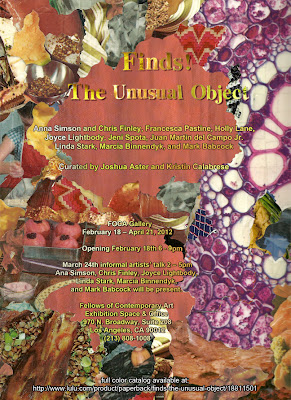 Looking around, we’ve noticed a lot of group exhibitions organized in various ways that are not the way this exhibition is organized. The artists in this show all make work that is unusual, even when considered within all the possible objects artists make, which are usually unusual. These artists lift content from wildly divergent sources and fuse them into entirely different and new, whole art objects. Their individual concerns have informed the decisions that have forged their artwork in a way that is similar to a tree that has to grow around a fire hydrant.

Juan Martin del Campo Jr.’s glass objects are a reaction to his Catholic upbringing in suburban Los Angeles. He uses glass to transform light into interpretations of his thoughts and ideas. Iconic cultural elements, like images from vintage pornography, phrases from pop culture, and portraits of his personal superstars, are taken out of their context and transformed into moments of enlightenment.

Joyce Lightbody plumbs the depths of thrift stores to find old cookbooks and coffee table travel books. Like a hippy Martha Stewart, she uses the images to obsessively decorate folders, which she then uses in her day-to-day life. Every surface of everything is decorated, like living in an impressionist painting, where the dabs of paint are objects and words. A dried glue circle, a cube of marble, a shiny stick, and things that she’s covered with stamps are all raw materials, like a painters’ palette. She writes phrases on her objects in phonetic spelling, such as “an eye for an eye makes the whole world blind.”

One of the defining concerns of Holly Lane’s work is the framing of artwork, how it’s usually something that contains the work but is not the work. This caused her to incorporate the frame into the artwork, which, over time, has become as important as her paintings within. She intricately carves elaborate, tiny frames that contain classically painted, often metaphorical paintings that refer to the nature of the human condition as well as the important issues of today, including global warming and feminism.

Chris Finley and Anna Simson are married. They are both artists. They’ve been working in the same studio recently and have started to make work that responds to one another’s work, almost in a collaborative way. Chris uses all sorts of found objects and does things to them like wrap them with thread, organize them in boxes, carve them, and cover them with other found and decorated objects. His process is something of the artists’ way of thinking unleashed from any overarching idea other than obsessive art making. Anna’s part of their effort is a more traditional painting, except it’s made with fabric and based on a drawing that she and her stepson made. About their work for this exhibition, Anna writes, “If our artworks were a band, I think of Chris’s piece as the lead singer and mine as the wall of sound behind it.”

Jeni Spota blends traditional religious painting with a built up, almost sculptural surface. She paints dozens of characters through a dense application of oil paint.

Mark Babcock makes drawings on the computer (in photoshop) and prints them onto bi-axially oriented polystyrene plastic that he shrinks in the oven. The finished objects are gorgeous little lumpy paintings that fit in the palm of your hand. They are attached to the wall with neodymium magnets.

Francesca Pastine combines journalism (ARTFORUM magazine), sculpture (cut ARTFORUM), and drawing (The act of cutting is like drawing with an X-acto blade) to make startling objects that no longer function as anything other than art.

Marcia Binnendyk’s ceramic decorated concrete chair sculpture is sheer joy. We wanted it for the show because we thought it would ground the exhibition. It’s meant to be sat on. Other objects in the show are interactive as well. Joyce’s folders may be looked through and/or purchased for $25 each. With the help of the gallery attendant, Chris Finley’s sculpture can be taken apart.

Building on FOCA’s investment in publications, we have created an 81-page color catalog that can be ordered in print form from lulu.com for $20.50 or downloaded for free. We think of this catalog as both a companion to the exhibition and as an exhibition in itself that can be carried in a backpack or given to a friend. Here’s the link to the catalog: http://www.lulu.com/product/paperback/finds-the-unusual-object/18811501

Posted by francesca pastine at 5:47 PM No comments:

Click here to purchase a catalog to FINDS: THE UNUSUAL OBJECT:
Posted by francesca pastine at 7:47 PM No comments: